(Written in Buea, Cameroon and published in the Post Newspaper)

Smallish in physical structure, not too attractive to be quickly influenced by men, but quiet comely and modest. He was well cultured; polite, courteous and gentle; very disciplined and self centred. Well educated, but very simple to an extent that one finds it difficult to differentiate him from common campus labourers; yet he was a professor, a vice chancellor of one of Africa’s most prominent universities.

He has written many books on science for most African students. A man of high achievements and dignity, yet he was so simple and humble. His life is, really, a shining example for many. He would be above 90 by now, but he has never lost his youth. He makes sports and climbs mountains.

According to him, when he developed hypertension at middle, youthful age, he thought it was a great privilege for him to revive and strengthen his weakened health. He tried to ascertain the cause; nothing strange, he was eating too much meat and flesh foods. He cut down his flesh intake, stopped red meats completely, an instead for him to go to pharmacies for modern drugs – rather, he was convinced to use Avocado leaves tea, with some lime or lemon and honey.

Whenever he was plucking these leaves; most of those students, would often mock and tease at him, for being stinging and misery. Notwithstanding these, his usual response and question was that, “I know you students prefer using a white man’s drug to what our ancestors had of ages taught us, but do you people know the components of these chemicalized drugs you often love taking?” Most students at most times were quiet and, of course, were condemned: for a high scientific intellectual of such calibre prefer herbs to modern drugs.

It is always like that – the whole world is divided into two groups, those following the natural course and those who still believe they are okay with the artificial fascinated shows. Not only blacks, but the whole world, and each group has great prominent people and intellectuals as well as the primitive masses. We have some Americans and Europeans, it is a taboo for them to swallow pills, tablets and taking injections, but they are highly learned – they prefer drinking medicines as teas in cups.

So never make mistakes to consider your line or course superior until you have made thorough analysis and evaluations. Africans do not respect herbs and herbal practice; they take the name”herbalist” light. But in America before one could be licensed to practice Naturopathy (Natural Medicine), then he had been recommended higher by the society that he knows the true medicine of old.

Many a time, what bothers me a bit, is when people behave as if they know but they do not. If I had never gained this knowledge to use on myself, I would have been a hopeless wretch. Phototherapy, food science and nutrition and rest of natural science and studies are so broad that God is longed to see modern students bringing their minds back to them. Modern sciences have some limitations but it not easy to finish studying nature.

So these natural sciences, which were composed in African society and rest of the world, but was ignored and even dismissed in some communities, for several hundred’s of years, have been waiting quietly and patiently for some ages for humanity.

When leaves are dried and are infused in boiling water, and strained into a nice, clean glasses, then you see the beauty and attractiveness of nature, and one realises a true medicine that can cure disease. Comparatively when one unwraps a pill and about to swallow, there is no indication that the substances can cure disease. Its artificial characteristics would give a clear indication that it is rather for destruction.

We have less power to adhere to all these facts. Though my words, at times, full of persuasive eloquences could not liberate you from the course that you have taken, until you reach the terminus, where technology had reached its climax of destruction, that, nothing could be done again, then perhaps, you may mellow and remember my words, and humbly return to nature – but many times it had been too late if God’s grace is not in abundance.

You are an organic being made of clay by the Creator, so until you have recognised and returned to nature, then you may have relief, rest and peace. If many Africans had known, and we had prayed for God to train more qualified Natural Practitioners, what a great change all of us would see on our land, Africa.

I have never seen a hypertensive vegetarian; unless he “dodges” himself a bit to eat meat, or a very peculiar reasons or causes. But as long as you eat plentifully of red meat, fresh fishes, eggs, milk, butter and cheese, you are certain to consume hypertension palliative drugs, to control till it kills you.

Some people can just buy one full chicken and consume everything, in a day without sparing the bones. Some combine about 4-10 eggs, fry with oil and consume everything. There are many who drink animal milk like nursing babies, so that they build cholesterols on the walls of the blood streams and start “eating” hypertension drugs.

When we live like this and flatter ourselves that we have studied and known science, then we have access to books, but we do not apply to our living practices, whereas our gone fathers had no access to our books and sciences and they ate and lived with their mind and lived healthier and longer.

Look at one eating one full chicken from modern incubated poultry, and could crack the whole bones. But the local one your grandfathers ate, the bones could not be cracked but only dogs with carnivorous teeth could do that. But interestingly your grandfather would take one year to finish one well-roasted chicken; but for you, you eat it one day and you are happy of your ignorance–you start drinking chemicals.

When one eats animal flesh foods and products, he accumulates plenty of cholesterol. Cholesterol is needed in the body; the body produces its own of about 250mg. the excesses we get from flesh foods accumulate in the arteries (the blood stream that carries blood from the heart to the body), and harden it to cause arteriosclerosis (hardening of the arteries). Since these hardened blood streams are often narrowed by these cholesterol build-ups, it finds it difficult to flow, and there is pressure on the heart to force the blood to flow – then hypertension is formed.As the person continues in eating cholesterol-giving foods, the whole blood stream can be blocked and result in apoplexy (stroke). And quiet often the patient develops heart attacks and diseases due to rise of pressure.

Africans no longer eat good natural foods, so nature has stopped producing them. In most Africans markets, gari, cassava, yams, white rice and all types of meat and fishes are common, but one finds it difficult to see quality of good fruits like banana, pawpaw and others. But here in Africa, there are still good foods, but if we neglect eating them, what we like would be found in the markets.

Most naturalists put mistletoe first, but I personally think avocado pear leaves should be the best medicine to use for treatment of hypertension, especially when taking with lemon, garlic and honey syrup. Most ladies who attend my lectureship programmes, especially the fat, overweight ones also rate corn silk tea high, as the simplest to fight the disease.

Another diuretic herb I have prescribed for many with hypertension and cardiac problems is Dandelion.

If one teaspoon of finely powdered activated charcoal is mixed with ½ glass of water and drunk, it reduces blood pressure and sugar in diabetes cases. You can take charcoal first and wait for sometime before taking any other chosen herbal tea.

Any of these aforementioned herbs can be gathered and sliced and dry (not much in sun). Infuse 2 teaspoons in a glass of boiling water; let is steep or stay for about 5 minutes, strain or sieve, add lemon and sip slowly.

Any one of them can serve. But if you want to combine them, measure a teaspoon each, instead of two. Avocado leaves seem to be hard, so you can chose to powder or break into fine granule before it can be well infused by boiling water (both green and brown can be used). Find below the natural avocado medicinal product – avocado tea; you can order for it. 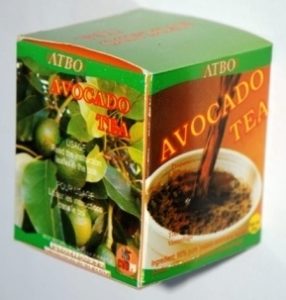 Back to Diseases and Cures

Posted in Diseases and Cures.